Today I woke up after a horrific dream about being imprisoned for a crime I didn’t commit, and about the horrible things that jail is.

I felt like my dream was approximately 10 years in length, and that I had a life sentence of some sort. The most disturbing part of the dream is that as the years went by, any hope I had of being understood or treated with dignity slowly circled the drain.

Until I had no hope anymore. Almost like how soap is useful until it isn’t. It’s just a tiny sliver. You can melt that sliver with another sliver, but it’s still going to run out and will go down the drain.

In my dream, I was a person in a jail situation who had lost hope. In addition to everything else, I became mute. The likelihood of any sympathy or understanding was zero. I could see the scars where I might have been dragged across a floor. There were old cut marks. One person remarked to me “Do you remember how you got those cuts? That was one hell of a fight. You must remember that.” Resigned to violence, I just shrugged my shoulders and walked away. Because I didn’t remember. I didn’t care to remember.

I knew I had gone days and days without food for some reason, and refused to participate in the social structures that were in place. I even refused to go outside during yard time because I hated the sun. Eventually, after too many beat-downs, I was forced outside.

There was no point in fighting, there was no point in talking. Because nobody listened. If nobody cared about my basic needs, and I knew they did not, they most certainly didn’t give a shit if I had any self-esteem. And even the people in jail gave me a wide berth because they knew I had been accused of committing murder, and the fact that I didn’t talk and just suffered in silence ALL DAY EVERY DAY unnerved them.

If anyone approached me I was able to make them panic and run away with a look that stated plainly “get out of my face or your dead body will be lying right over there in about T minus 5 seconds.”

I didn’t get visitors. I was being kept alive simply to suffer. No lawyer in his right mind would re-open my case. The only thing left to do after the proverbial soap ran out was to hang myself.  Fortunately, the dream ended before I was able to make plans.

I still have a terrible headache.

That dream was a direct reflection of how I feel every day. It brought me back to why I began this blog in the first place. I still don’t have a diagnosis. I’m still depressed all the time. But at least some people are listening. Maybe for the jokes, maybe for the insight, maybe for morbid curiosity. And I’m still very much alive.

I follow a blogger called Damsel in a Dress. The author, Lisa Walters, encouraged me to start a blog. She wrote an article today called You’re Not Making up Your Chronic Illness that really resonated with me and if you have time, please check it out. It’s worth a read.

Here’s a picture of a really cute cat. For no reason at all. 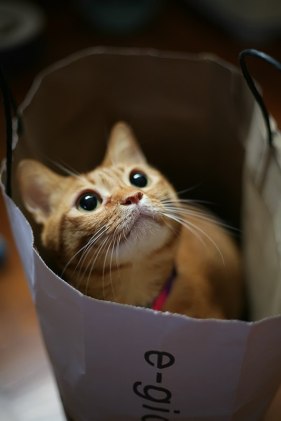