I like what Eddie Rosario says in this blog around the practice of punishing oneself. It only continues the cycle of dysfunctional patterns and embeds habitual patterns more deeply. Myself, I know very well that I’m broken already. Don’t need reminders!

Hola Everybody,
Today… Three for the price of one… 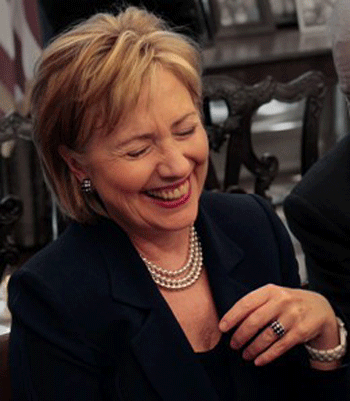 If God lived on Earth, people would break his windows.
— Yiddish saying

Hillary Clinton has had to have one of the greatest Fridays evah. On the day that WikiLeaks dumped thousands of emails, many highlighting her servile speeches to her corporate backers, the biggest story has been that Donald trump managed to say “pussy” about ten years. BTW, major news media has not reported on the WikiLeaks dump. Only conservative outlets, desperately grabbing for anything in light of Trump’s incompetence, have given any ink or airtime to the WikiLeaks revelations. Still, there’s one item that bears repeating.

Apparently, Hillary Clinton believes that black people are “professional never-do-wells” incapable of success “irrespective” (sic) of the opportunities they’re given. Partial transcripts show that she made this racist and shameful statement to a group of Wall Street elitists who all…